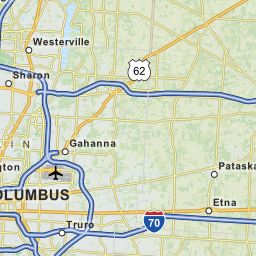 The top Columbus  suburbs were recently ranked for “livability” based on safety , housing and education by the Columbus Monthly of the Columbus Dispatch. Source New Albany was ranked number 1, followed by Dublin and Upper Arlington, as the top 3.

I wondered  what the traffic crash statistics showed for these top ten suburbs of Columbus. And if there was any relationship to the priority Columbus Monthly gave .

So here are some traffic crash statistics concentrating on Fatal Traffic Crashes in the top 10 rated suburbs.

The intersection of Cleveland and Morse road was ranked number 1

It is apparent that the top 10 Columbus suburbs do not experience a large number of fatal crashes in any way out of proportion to other areas of Columbus. You can see that Mentor not in the top 10 had 3 fatalities as compared to 1 for each of the other suburbs.

Anthony Castelli is a Ohio lawyer with 32 years experience in personal injury law involving primarily traffic crashes. He is rated preemminent by Martindale Hubbel and Suberb by AVO. He has also been listed by Super Lawyers magazine in personal injury. He welcomes your call locally in Columbus 614-438-2672 for a Free case consultation

On April 13, 2015, a vehicle struck a tree on Moss Hollow Road in Chillicothe, Ohio. The car was driven by Cedrick Lansing, who was injured in the … END_OF_DOCUMENT_TOKEN_TO_BE_REPLACED