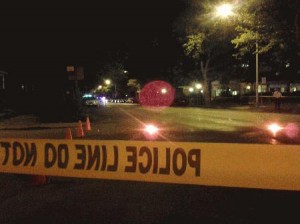 Another Columbus pedestrian was injured fatally when she was struck by a hit and run automobile driver. On Sunday, july 21, Jen French of Fox28 reported that 32 year old Beth Shapiro was hit by a car while crossing the street, apparently in a cross walk. Witnesses related that she was walking with 5 other friends when she was struck.

Ms Shapiro was rushed to Ohio State University medical center where she was pronounced dead by the Franklin County coroner. It was reported that the car sped from the scene, dragging the victim. Some reported that the headlights of the car were not on.

The pedestrian car collision occured about 12:40 am at the corner of Neil and Collins Avenues in Columbus, Franklin county Ohio. Investigators were not releasing any further detail, but were asking people with knowledge to call 614-645-4760 the Columbus police department.

Although not mentioned in the text of the story there was an on the scene video from Fox28 with Jen French reporting form the accident site. Video of a grey car with front end damage was shown briefly. The Colmbus police are apparently focusing on that vehicle as the one that struch Ms Shapiro. The were tipped to this information.

Read and Watch More at: http://www.myfox28columbus.com/shared/news/features/top-stories/stories/wsyx_police-searching-suspect-fatal-hit-skip-accident-25123.shtml

The Columbus Dispatch reported Brian M. Gease, 25, was driving a Toyota Corolla through the intersection of Neil and Collins avenues about 12:40 a.m. when the car struck Beth D. Shapiro, according to a police complaint. Gease then drove away, police said. He was charged with leaving the scene of an accident in Franklin County municipal Court.

The question I have is why was he not charged with vehiclar homicide. http://codes.ohio.gov/orc/2903.06

A  family fought for justice to be awarded nearly $4 million in a wrongful-death judgment against the Ohio Department of Transportation on Tuesday. In addition this was for tramatic brain injuries to Connor Reed the son of the deceased.

A tree fell on the car Mrs Reed was driving and her son Connor was a passenger on 12/26/2008. The tree was known for over a year to the Ohio Department of Transportation  to be a hazard. Yet ODOT tried to say this was an act of God. That defense is applicable if a bolt of lightning knocks over a tree . But not when the hazardous nature of the tree was well known for over a year to ODOT.

This judgement was rendered by a Judge in the Court of Claims of Ohio. This is the only place you can sue the State for conduct related to highway safety.

Having brought a wrongful death in the Ohio Court of Claims myself against ODOT and others for negligence, it still shocks me that ODOT would not act to remove the tree despite knowledge of the hazard it posed. This case and the accident claim I was involved with, had clear evidence of knowledge on the part of ODOT of a hazardous condtion for a significant period of time, yet they failed to act to fix the life threatening condition.

What also bothers me is the reporting by one news agency WKBN 27 news and the image they showed with their interent article about th Court of Claims of Ohio Judge made verdict of $4,000,000..  They ran the story with the lead in this picuture being a stack of money next to a gavel. I find this picture extremley demeaning to the death, memory and loss of a loving mother, wife and spouse and to the  severe injury to her child. A family is irretrievably broken. This was a travesty.

The picture focuses on money rather than the loss.  Fortunately it is no longer an eye for an eye. Too bad the lawsuit could not erase the loss. Too bad money is all we have to compensate for a wrongful death and severe injuries. But there is justice represented in the award . And an assigning of fault. This gives homage to the memory of the deceased and lets wrondoers know that they must not carelessly injure and kill others. But the photo demeans all of this.  (See the Photo below) 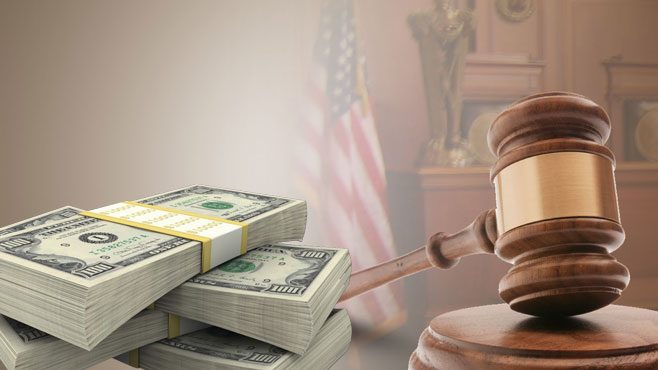 Here’s the link to the story http://www.wkbn.com/2013/05/23/ohio-family-gets-4-million-in-moms-death-by-tree/ You can see the picture leads off the story. Why. Why demean this loss, this injury, this death? I truly do not understand.

It should be noted the attribution of this article is given to Associated Press AP . So I’m assuming they issued the article but  WKBN 27 News picked it up and interjected the image.  There was plenty of other media coverage that did not include this imagery. One such link is below and the imagery chosen was the building where the Ohio Court of Claims is housed.

On April 13, 2015, a vehicle struck a tree on Moss Hollow Road in Chillicothe, Ohio. The car was driven by Cedrick Lansing, who was injured in the … END_OF_DOCUMENT_TOKEN_TO_BE_REPLACED